Disney news & rumors what might be coming to Disney World 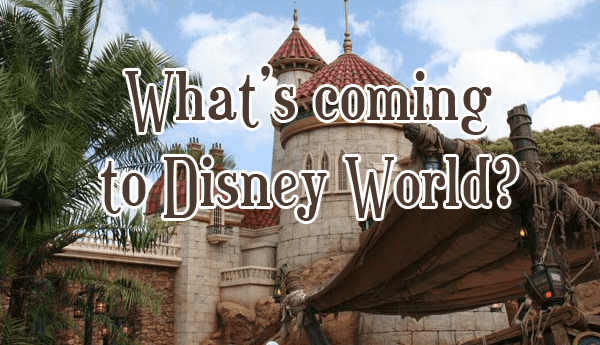 So what is in store for Walt Disney World in 2013 and beyond?
This week we talk with Chris Wakefield from the Wakefield Report about what might be on the horizon for Disney.
As Disney fans we love what Disney has developed and what might be coming in the future.  Star Wars, Marvel, Muppets, Pixar, Avatar, or what might be next in a Disney park?

Avatar land at Disney’s Animal Kingdom.  Some plans were leaked on the internet showing a movie simulator ride and also a boat ride inside a new show building.

Disney Hollywood studios.  Their is a new Pirates of the Caribbean interactive exhibit opening Nov. 6 2012.  This might be the sleeper attraction of 2012

Epcot – Test Trak reopens Dec 6 2012 also.  Word is this has a Tron feel.  The ride will focus on “Designing” your car and then test driving it.