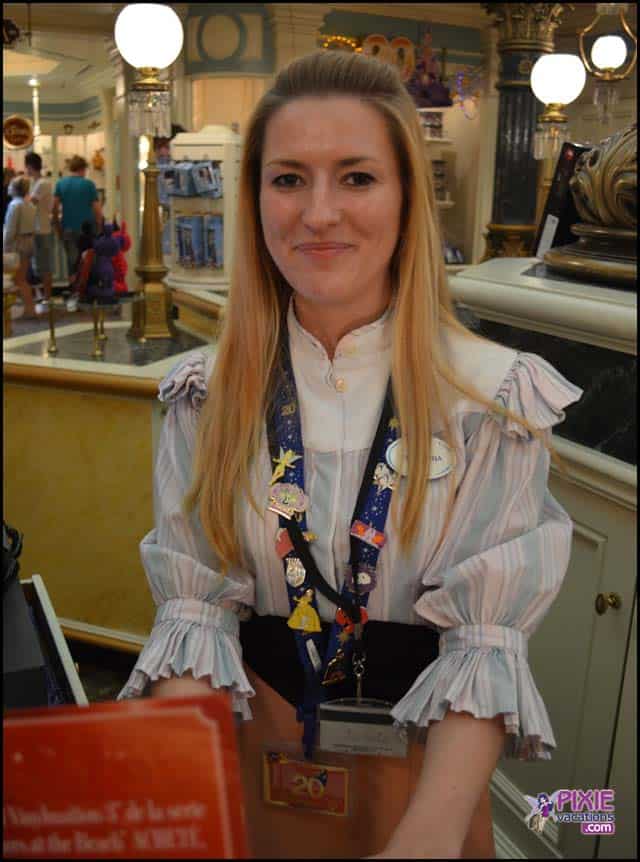 I have to start by saying I am not a big Disney pin trader. We started trading pins at Disney World when my daughter was maybe four. It is a fun way to meet Castmembers and also during your trip it can become almost like a hunt to find the pins you are missing from a collection, ride, or specific character you like.

So when I heard I would be traveling to Disneyland Paris I thought what a great way to get some unique pins for my daughter. So I grabbed 20 Disney pins or so and packed them in my suitcase.

When I arrived at Disneyland Paris I brought some of my pins with me in my pockets. I did not bring a lanyard with me. Just like at Disney World in Orlando I quickly spotted certain Castmembers with pin lanyards on. The merchandise locations are the easiest to find Castmembers to pin trade with.

Surprisingly I still have not seen a single guest wearing a lanyard and I have been in the parks for for 9 days.

So as I approach my first Castmember to trade pins and mumble a poorly pronounced French greeting I start to look over her pins. The first one that stand out is Dinosaur, yes the ride at Animal Kingdom in Orlando FL. I remark about how that ride is in Orlando and quickly can tell she has no idea what that pin is.

Castmember Landyards at Disneyland Paris have state side Disney pins

It appears that Disneyland Paris pins all come from Walt Disney World. I have looked over maybe 15 Castmember’s lanyards for some unique rides, attractions, or logos, but have had no luck.

I was hopeful for a Phantom Manor pin or a pin with a Disneyland Paris or Walt Disney Studios logo on a lanyard that I could trade for.

Most pins are the Disney characters when you look over a Castmembers lanyard.
Now pin trading is still fun and if you have kids that are not looking for Disneyland Paris specific pins, they will have just as much fun trading pins at Disneyland Paris as they do at Disney World.

Now if you are looking to purchase Disneyland Paris Pins, those are available. You will find a small selection of Pins with the Paris logo and Walt Disney Studios logo on them. There are also special edition pins and 20th Anniversary pins that are unique. These start at 7.00 euros and average about 9.00 euros each. The pin trading stations are marked on the park map, but they are not hard to find during your trek around the parks and Disney Village shops. 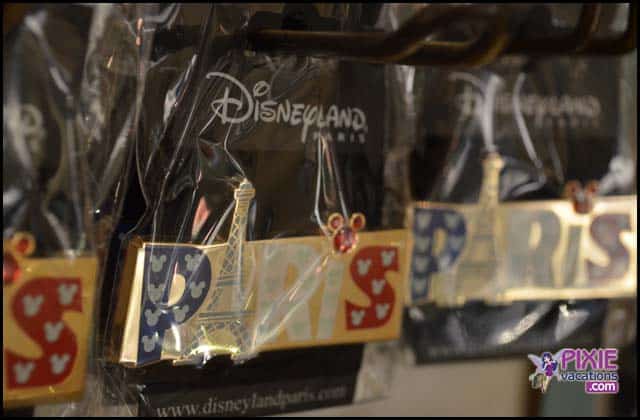 Also each month Disneyland Paris releases 6-15 pins and those will be displayed in glass cases at merchandise locations. These are more exclusive and cost more than your standard pins.