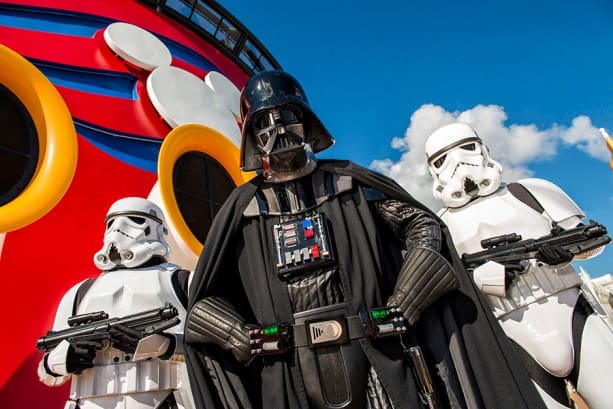 Occurring one day during each of eight Disney Fantasy sailings, Star Wars Day at Sea will transport you to a galaxy far, far away — in the Western Caribbean. The event features a full day of Star Wars celebrations, including a deck party, meet-and-greets with favorite characters, Star Wars-themed youth activities, unique food and beverage offerings, and special merchandise. Also featured will be exclusive at-sea screenings of the Star Wars films and the new Disney XD animated series, Star Wars Rebels.