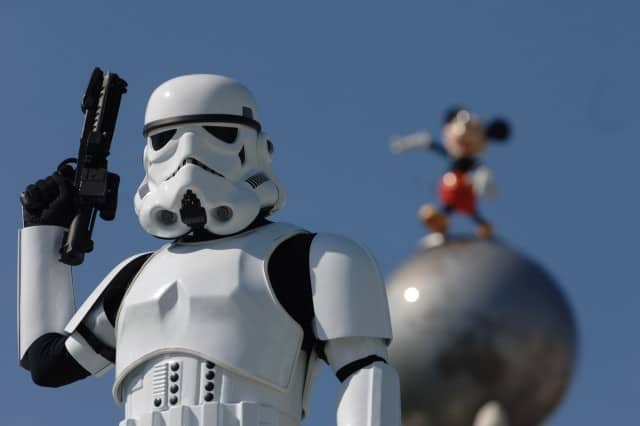 The annual special event, included in regular theme park admission, will be held every Friday, Saturday and Sunday from May 18-June 10, 2012.

The power of the Force and magic of Disney combine as plenty of out-of-this-world characters – including Wookiees, droids, Ewoks, bounty hunters and Jedi – roam the streets of Disney’s Hollywood Studios for meet-and-greet opportunities with guests.

The centerpiece of the celebration is the spectacular 3-D attraction, “Star Tours – The Adventures Continue.” The attraction, which opened last spring at Disney’s Hollywood Studios, uses eye-popping 3-D, a dramatic musical score and motion simulator-based technology to immerse guests in the Star Wars galaxy like never before.

“Jedi Training Academy,” one of the interactive entertainment experiences at the theme park, allows young guests to learn from a Jedi Master before testing their newly acquired skills in a battle with Darth Vader.

For more information and future updates, guests may go online to disneyworld.com/starwarsweekends or starwars.com.